Growing up in the Arab world, as a woman, from pre-pubescence onwards, I was often taught to view my body and desires with a sense of shame. For years, it seems the media, schools, doctors, and even friends and relatives have perpetuated the myth that my virtue is tied to my chastity, and that being in a woman’s body means that I’m not entitled to experience pleasure on my own terms and will be subject to a lifetime of pain – pain from periods, pain from sex, pain from childbirth.

Read more: Cycle Syncing: The Wellness Trend Every Woman Should Try For A Happier, Healthier Life

If I was taught anything in school, it was that sex is only to reproduce and so I was not to have it until marriage, while any deviation from heteronormacy was deemed morally reprehensible. I was also reminded that my family's reputation lies in my appearance (and between my legs), so I must at once look visually appealing to men, but not in a sexual way. This leads many women to dissociate from their bodies because, in essence, it is not theirs.

Mauj is a plea for sexual revolution in the Arab world.

In her seminal book, Headscarves and Hymens (Macmillan, 2016), feminist writer Mona Eltahawy makes a plea for a sexual revolution in the Arab world. And, thanks to the arrival of Mauj, this call is being answered. Named after the Arabic word for ‘wave’, Mauj is an online educational platform on a mission to dismantle the layers of intergenerational shame and guilt surrounding our bodies by normalising collective dialogue around sexual and reproductive health, and encouraging individual exploration of our bodies and identities. 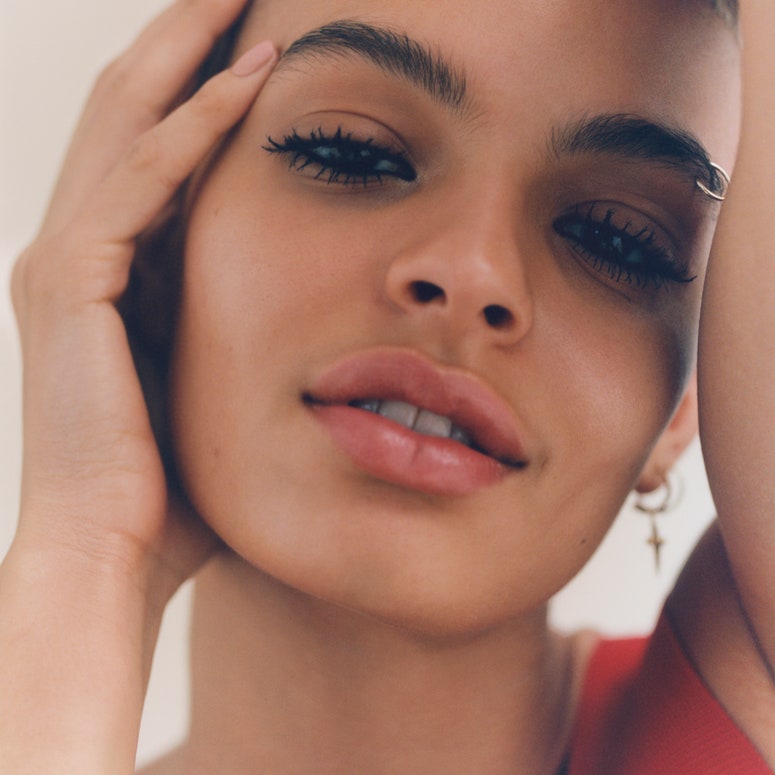 Of course, living in the digital age, access to educational resources hasn’t been impossible, however, Mauj is the first space where female bodies, sexuality and reproductive health are being spoken about in a context I can culturally relate to and, as a bilingual (English and Arabic) platform, in the Arabic language. Mauj aims to provide women with the tools and resources so that we can make safer decisions for our health and wellbeing.

I spoke to the co-founders, who prefer to remain anonymous, about reclaiming ownership of our sexuality, creating a nurturing space for curiosity and cultivating a culture of sharing among Arab women.

How would you describe your approach to sex education?

“We take complicated scientific and medical facts and present them in a way that's easy to understand, beautiful to look at, and in a digestible format because we know that it can be really intimidating. It was important for us to have a network of advisers, so we have gynaecologists, sexologists and therapists who vet our information and point us in different directions. In all honesty, we don’t have a healthy relationship with our bodies. We are trying to shift that with Mauj and show the nuances in women's experiences and the beauty of the female body and biology. It’s natural to feel desire, to feel sexual; you are a sexual being, these things are part of who you are.”

Why was it important for Mauj to be bilingual?

“A big portion of the Arab world is English-educated and English speaking, but what they read on US or European websites when it comes to sexual reproductive health, they can’t relate to. [The languages] complement each other and make it accessible for Arab women outside the Arab world. For a lot of women, this is the first time they will ever see this kind of content and these kinds of stories shared in Arabic.”

One of my favourite elements of the Mauj platform is Hakawatiyya (which is the feminine word for ‘storyteller’ in Arabic), a video series in which Arab women read stories aloud in Arabic submitted by other Arab women who choose to remain anonymous. Could you tell me about the cultural significance of Hakawatiyya and this format of storytelling?

“A Hakawati – which is the masculine word for ‘storyteller’ in Arabic – in our cultures was traditionally known as a man who went around and shared stories, passing down the morals of society. Even though women have been storytellers since the beginning of time, it was never at a public level. In collaboration with [Beirut-based design agency] Studio Safar, we wanted to flip it on its head, reclaim that part of our culture and have women take on that role. We came up with the idea of being able to protect women's anonymity by having complete strangers read out their stories on their behalf.

“It’s very healing to be able to share and hear each other’s stories and realise that we’re really not alone in this. We can heal if we talk about it at a collective level and we have the opportunity to ask questions without fear and share things without judgement. If we have this education early on, girls can live more fulfilled lives.”

The platform plans to create a line of sex products designed by female Arab designers.

What is next for Mauj?

“We signed on with an amazing podcast network called Kerning Cultures for season two of Hakawatiyya in a purely audio format, which will be coming out this summer. Also, one of our dreams is to create a whole line of sex products designed by female Arab designers. The products that we create align with our mission of allowing women to discover their bodies and themselves; while our content allows them to learn, our products will allow them to explore.”

What advice do you have for Arab girls and women who are navigating their identities?

“Nourish and nurture the relationship with yourself. It might seem easier to seek answers outside yourself, but the more you learn to understand yourself, the more comfortable you will be. Be gentle with yourself in that exploration, there is no right or wrong journey. Nothing about you is shameful. Your body belongs to you and you only.”

I fear this year there will be none of Keats’s promise of “season of mists and mellow fruitfulness”.…
bybasxm
No comments

I’m not really one for virtual exercise classes, partly because the lack of atmosphere puts me off, partly…
bybasxm
No comments

Cupping: The Noughties Wellness Craze Having A Timely Renaissance

At one point, every celebrity on earth was into cupping. There was Jennifer Aniston, Gwyneth Paltrow, Lady Gaga…
bybasxm
No comments