"Hi, Impact" Tequila Day 2021: A complete guide to one of the oldest distilled spirits – Mental Health and Lifestyle Information

Tequila Day 2021: A complete guide to one of the oldest distilled spirits 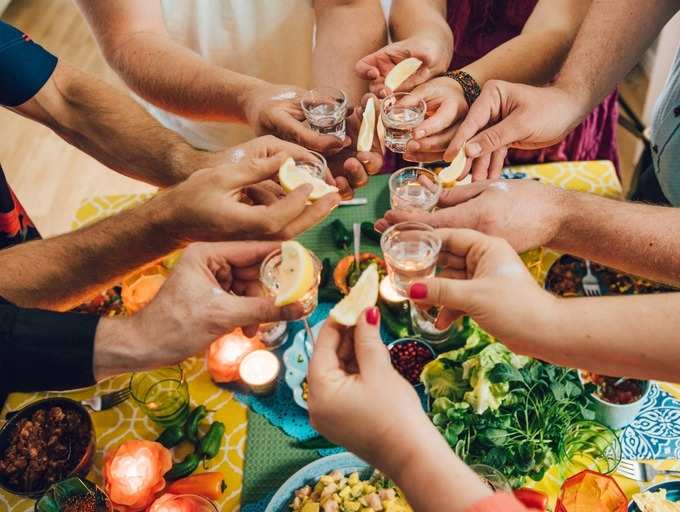 Made from the blue agave plant, Tequila is an alcohol beverage that is distilled. Blue agave plant is mostly found in the area around ‘Santiago de Tequila’, a town in Mexico that gave birth to Tequila. The plant was initially used to make fermented beverages by the natives but then the Spanish arrived and distilled the fermented drink to give us Tequila. The soil in the Mexican town, which is known as the red volcanic soil, is suitable for the growth of the blue agave. The plant can grow differently according to regions. It can be larger in size in some regions and in some, more sweet in taste. The ‘Agave Landscape and Ancient Industrial Facilities of Tequila’ has also been listed as UNESCO World Heritage Site in the country of Mexico. Another alcoholic beverage known as Mezcal is also made from agaves but Tequila is made just from blue agaves. To celebrate this old distilled spirit, Tequila Day is celebrated on 24th July every year. The day celebrates the popularity of the drink among people. On this Tequila day we will take you through a journey of how Tequila is made and used. 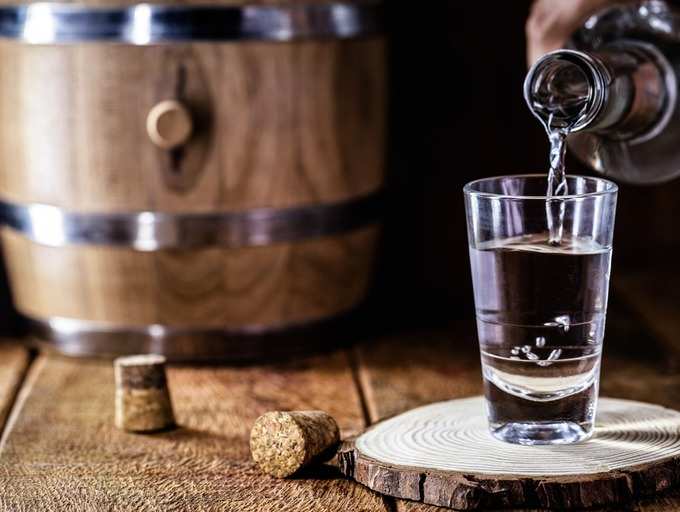 In the pre-Columbian Mexico, a beverage that came from the agave plant after getting fermented was consumed which was known as ‘Pulque’. This drink was then given a twist by the Spanish by distilling it and giving us what we know as Tequila. The Cuervo family, who came up with the current best selling brand of Tequila known as ‘Jose Cuervo’, was granted the first license for being able to produce Tequila for commercial uses. The first time when Tequila was exported from Mexico to USA, it was exported by Don Cenobio Sauza, who is the founder of the Sauza Tequila Import Company in the city of Tequila. Till the 2000’s, the production of Tequila shifted from brands owned by families to large corporations. Therefore, around the year 2003, Mexico issued that practice of bottling all Tequila made in the country before they are exported to indicate superior quality. In the month of July in 2006, the company ‘Tequila Ley 925’ sold a premium edition Tequila bottle which consisted of one-liter of Tequilla, in $225,000. The manufacturer of the Tequila also was given a certificate by The Guinness World Records for the ‘most expensive bottle of Tequila ever sold’.

03/5How is Tequila produced? 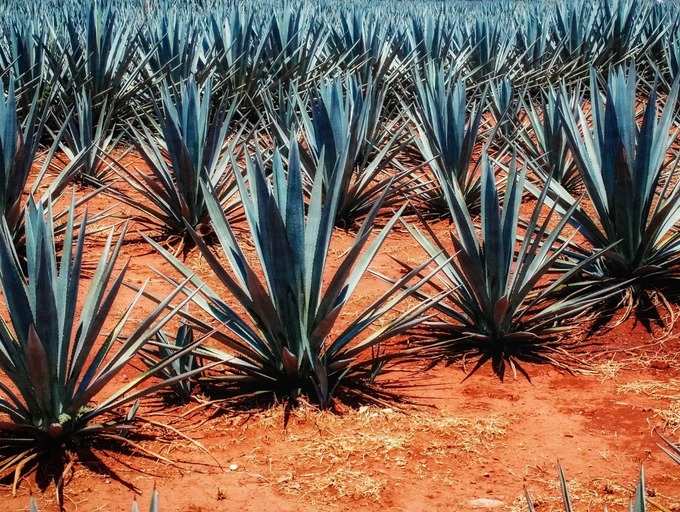 The agave plant is usually harvested manually and the men who have knowledge of how to harvest it and indulge in the harvesting are known as ‘Jimadores’. The knowledge that they have is gained from their ancestors and which they will pass on to the next generation. The agave is prevented to flower so that it can be completely ripe. When the plant is ready to be harvested, leaves are cut from the ‘pina’, which is the core of the plant. The ‘pinas’ are baked and then mashed or shredded to extract the agave juice. The agave juice that is extracted is stored in wooden or steel vats for fermentation. After several days ‘wort’ is produced, which is then distilled to form ‘ordinarion’. Then from ordinarion, ‘Silver Tequila’ is produced. After these two distillation processes, Tequila is bottled as ‘Silver Tequila’ or is further aged in wooden barrels. 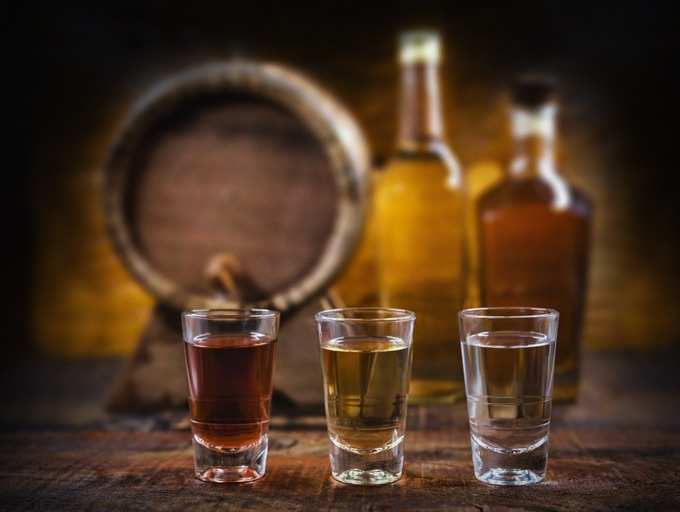 Tequila is either ‘mixtos’ or 100% agave. In ‘mixtos’ around 50% to 51% is agave and else are various sugars. Some categories of Tequila are listed below:

1.Aged or Vintage Tequila: The minimum time period for which it is aged is one year and the maximum is three years.

2.Blanco: This is the silver or white spirit which is not aged but bottled right after the process of distillation. They are aged mostly for around a month or two if aged.

3.Ultra Aged: This is the Tequila whose minimum time period for ageing is three years. They are a recent type of Tequila that has been established in the year 2006.

4.Reposado or Rested: The minimum time period for their aging is two months and maximum is almost a year. 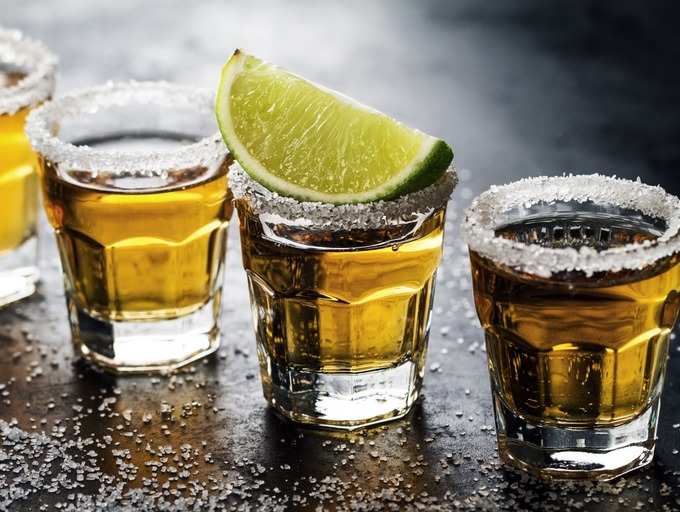 In Mexico, Tequila is often served neat or paired with a drink made from orange juice, tomato juice and chili. This drink which is served along with Tequila is known as ‘Sangrita’. Both the Tequila and Sangrita shots are consumed one after another. In other countries, Tequila is served as shots along with salt and lemon. The salt is placed below the index finger on a closed fist. First, the salt is licked then the Tequila shot is drunk and finally the piece of lemon is bitten just after the shot. Tequila shots are served in small tumbler like glasses or shot glasses that are small and narrow. Tequila is quite popular among cocktails as well. Margarita, which is a popular cocktail, is also made from Tequila. Some beverages that are mixed with Tequila to make cocktails are fruit juices, sodas and carbonated drinks and ‘Cointreau’.

01/3​Egg remains intact for 1000 years Eggs are so fragile that we often handle them with utmost care,…
bybasxm
No comments

Indian mythology and festivals beautifully teach the best lessons of life. Today is Guru Purnima, a festival that…
bybasxm
No comments

Someone has rightly said that hope is one thing that keeps us going. And when you blend it…
bybasxm
No comments