Is It Time To Cancel Body Mass Index?

I’m five foot three inches tall and I weigh roughly 10 stone. If you prefer metric that’s exactly 160cm and 64.5kg. According to the Body Mass Index, these two figures alone are enough to quantify if I’m underweight or obese. There’s no need to know my waist size, age, gender, cultural heritage, how often I work out, what my diet looks like, or any information about my environment, access to healthy food, my blood pressure, blood sugar or cholesterol levels. And definitely not my actual body fat percentage.

A simple calculation that divides weight in kilograms by height in metres squared is what medical organisations, health insurance companies and leading charities are using to determine if you’re “fat” – and in some countries, your eligibility for a Covid-19 vaccine. But for years, I’ve smelled a rat, and this week The New York Times posed the question, is BMI a scam?

I’d have to argue that yes, it is. My own BMI result is a good starting point. I’m a personal trainer and nutrition coach who trains a minimum of six times a week and lives off a predominately sugar-free, gluten-free, high protein diet – I’m a UK size eight to 10 and most of my friends and family use adjectives such as petite, tiny, toned and slender to describe me, but I have a BMI result of 25, which classes me as “overweight”.

I’ve tried out a few online calculators, but the results are always the same because, well, the calculation remains the same. I turned to the NHS calculator with more hope. Unlike the other websites, it does list the BMI’s limitations if you scroll down the page far enough, and it does provide some basic tick boxes about activity, gender and heritage. Then it seems to ignore them to use just the basic calculation, again revealing that I have an “overweight” BMI of 25, alongside a warning about how my ethnicity (I ticked Indian) means I’m at higher risk of health problems like type 2 diabetes, heart disease and stroke. The calculator then prompts me to lose weight by reducing my daily calories to between 1,500 and 1,900. No thank you – I gave up calorie counting years ago.

I’m not alone in thinking that these BMI calculations are incorrect. A 2016 study by The University of California compared the BMI results of 40,000 Americans with their actual medical markers, and it showed that nearly half the people who had a BMI of overweight were actually metabolically healthy. Similarly, so were 29 per cent of those that were classed as obese, while half of the people that the BMI had labelled healthy were metabolically unhealthy.

Read MoreFrom Cellular Fitness To Self-Pleasure, 6 Wellness Trends That Will Be Big In 2021 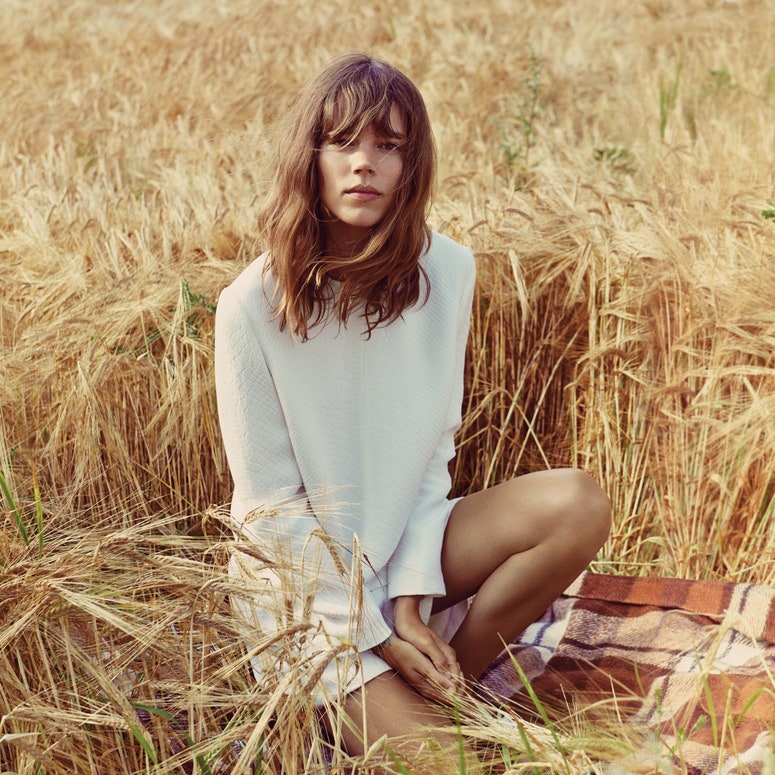 One of the problems with BMI is that it doesn’t take body composition into account. It makes no allowances for the extra weight of muscle mass, whether it’s natural or as a result of strength training or for higher bone density — factors which push a number of professional athletes into the overweight category. Usain Bolt – considered one of the fittest men on earth — teetered around a BMI of 25 throughout his sprinting career.

The fact I’m considered overweight seems absurd to me, a mature and knowledgeable health and fitness professional. I have never used BMI to assess the weight of any of my clients, but it is being widely used in doctors’ surgeries across the UK to decipher if patients are overweight or indeed underweight, a concern that was raised by leading psychiatrists in a briefing with the Department of Health and Social Care last month. Experts presented evidence that men and women in the UK were not receiving treatment for eating disorders on the NHS because their BMI wasn’t considered low enough – even though in some cases the women’s periods had ceased. BMI ignores the complexities of binge eating disorders where the person’s weight remains what the BMI considers “normal”. This led the US Diagnostic and Statistical Manual for Psychological Disorders to remove BMI as a diagnosis criteria back in 2015.

Despite all of the above, it remains the world’s most widely used indicator of healthy weight. To understand how that happened you have to go back around 200 years, when it was first known as Quetelet’s Index. It was named after Belgian mathematician and astronomer Lambert Adolphe Jacques Quetelet, who produced a rough and simple formula to measure the degree of obesity in general populations. It was only ever meant to be a statistical tool (created by a man with no medical qualifications), and not to be used to assess individual health. And that’s how it stayed until the ’70s, when American physiologists decided it was the best of a “bad bunch” of options for health insurance companies to predict individual body fat and, in turn, health – mainly due to it being a quick, simple and inexpensive method. It was renamed the Body Mass Index, and quickly filtered into the medical world.

Read MoreHow The Covid-19 Vaccine Could Affect Your Period 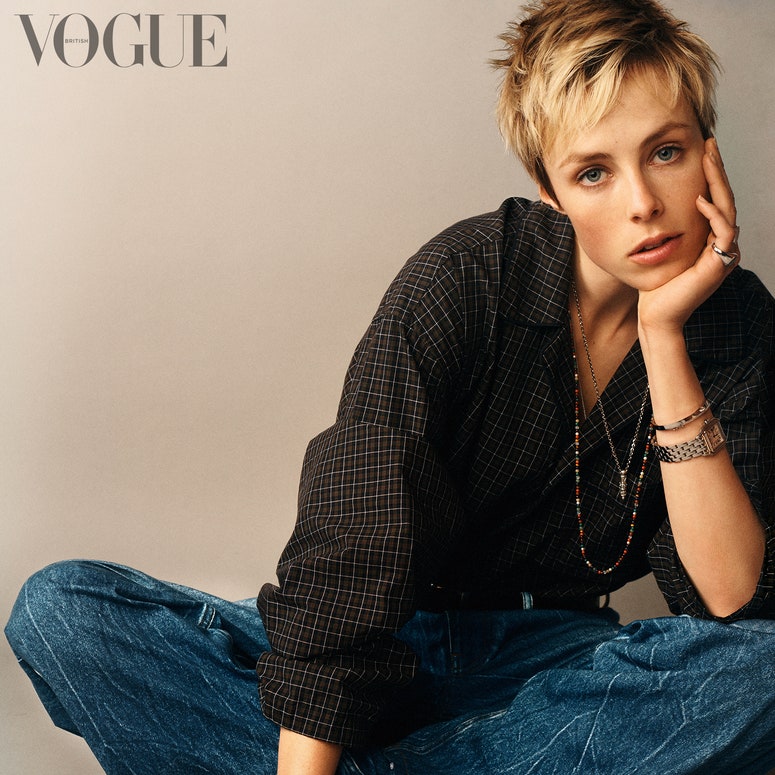 Fast forward to today, when the prevalence of obesity is triple what it was in 1975, and a formula is being used to determine the health of people of all backgrounds, all across the globe. This is despite the lack of representation in the pool of subjects used to create the original formula: only white European men were weighed and measured, with no women or people of colour involved. The American studies in the ’70s were also only carried out on male subjects, and despite including men from Japan and South Africa, the results often showed that the formula didn’t work for the South African participants. So, it’s no surprise that research by the Endocrine Society and the University of Texas has shown that BMI overestimates obesity in Black people, and in Black women in particular, while widespread studies confirm that BMI underestimates health risks for those of Asian heritage.

Still, BMI remains, adding to weight stigma in a society where the numbers of people living with disordered eating is on the increase. BMI lives on because it’s a quick, easy and inexpensive way for a doctor to diagnose their patients. In 2021, it’s time to give our medical experts more credit (and funding) to use accurate medical markers to determine health, rather than an archaic predictor that opposes body positivity and erases the importance of race and gender.

Read MoreAre We Too Obsessed With Fitness? 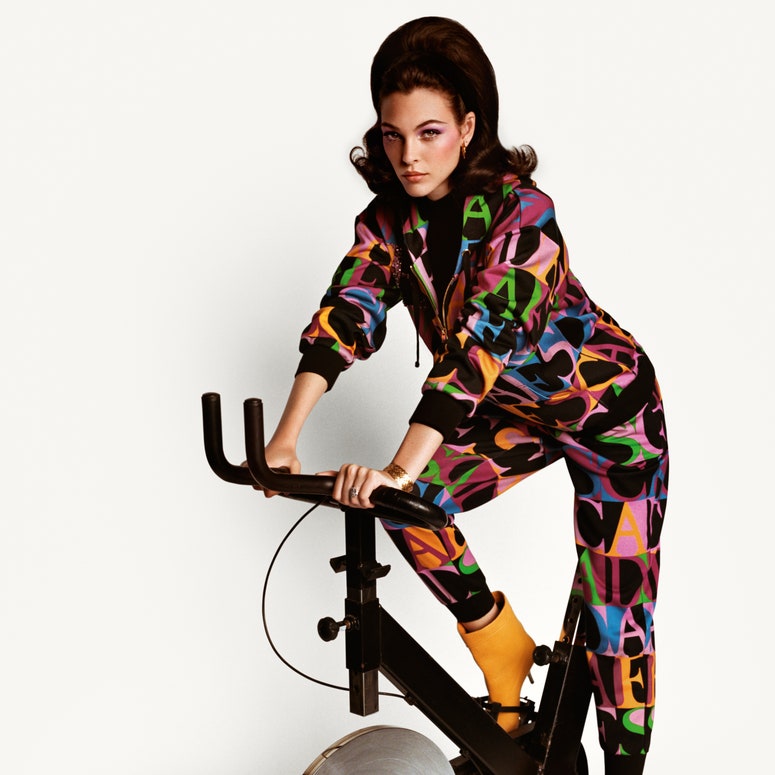 If you balk at the idea of wearing socks in bed (or indeed, at the thought of someone…
bybasxm
No comments

A Guide To Understanding Your Libido

Nothing Treats Period Pain Quite Like An Orgasm – It’s Science

We pop pills, clutch hot water bottles, and some of us have to just give up and lie…
bybasxm
No comments