Sleep is becoming an increasingly elusive beast. Research shows that nearly half of the UK population struggles to fall asleep at least once a month, with 36 per cent experiencing that very specific frustration at least once a week. If you’re one of them, may we suggest the “cognitive shuffle”?

While it might sound like a niche dance routine, the cognitive shuffle is actually a pre-sleep method which helps to encourage the brain into the calm, lucid state that precedes dropping off into the land of nod. “Sleep researchers have found that, as people fall asleep, they often experience visual images and ‘micro-dreams’ [which] may help them fall asleep,” the cognitive scientist behind the technique, Luc Beaudoin, says. “In contrast, continuing to think in a verbal, analytic, problem-solving mode can delay sleep onset.”

Since modern life is so stimulating – and we are so often in a high state of alertness – it can be tricky to move out of this mode and assist our brains in switching off for the night. What cognitive shuffling does is scramble the thoughts – as you focus on picturing a sequence of random objects in your mind – so that the brain cannot make sense of them, and therefore worry and anxieties are kept at bay. 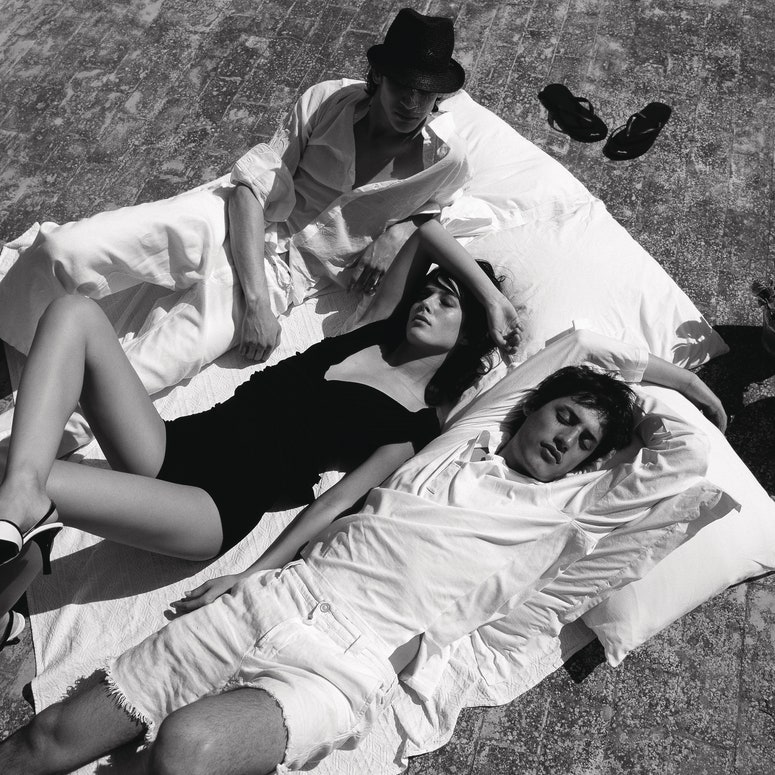 These scrambled thoughts not only seem to trick the brain’s sleep regulators into thinking it’s time to fall asleep, but Beaudoin also argues that it distracts the brain from the worries at hand. Another reason this technique works, he says, is because the brain has evolved to constantly be alert to potential danger. When it checks if it’s safe to fall asleep at night – and its cortex doesn’t seem to be weighing up perceived dangers – it’s time to relax and fall into slumber. It is an excellent trick to try if you find yourself anxiously reliving embarrassing moments from the day, or worrying about the fact you forgot to call your parents.

Unlike counting sheep, which can actually trigger more worries due to the mundanity of the exercise, the cognitive shuffle, Beaudoin explains, “gives your brain just enough toys to play with, but not enough coherent information to stir executive functioning”. So, how do you do it? Your simple five-step guide is below.

How To Turn Your Beauty Routine Into A Self-Care Ritual

Whether it’s a bad day, a low point on the hormonal roller coaster of life, or one of…
bybasxm
No comments

If you’re one of the many that find it difficult to fall asleep quickly (or at all), you’ll…
bybasxm
No comments

Desk-Induced Back Pain? Here’s 5 Pilates Moves To Help With That

Leave it to the star of this week’s #WorkoutWednesday, Zoe-Maia from Maia Well Co Pilates, to help with…
bybasxm
No comments